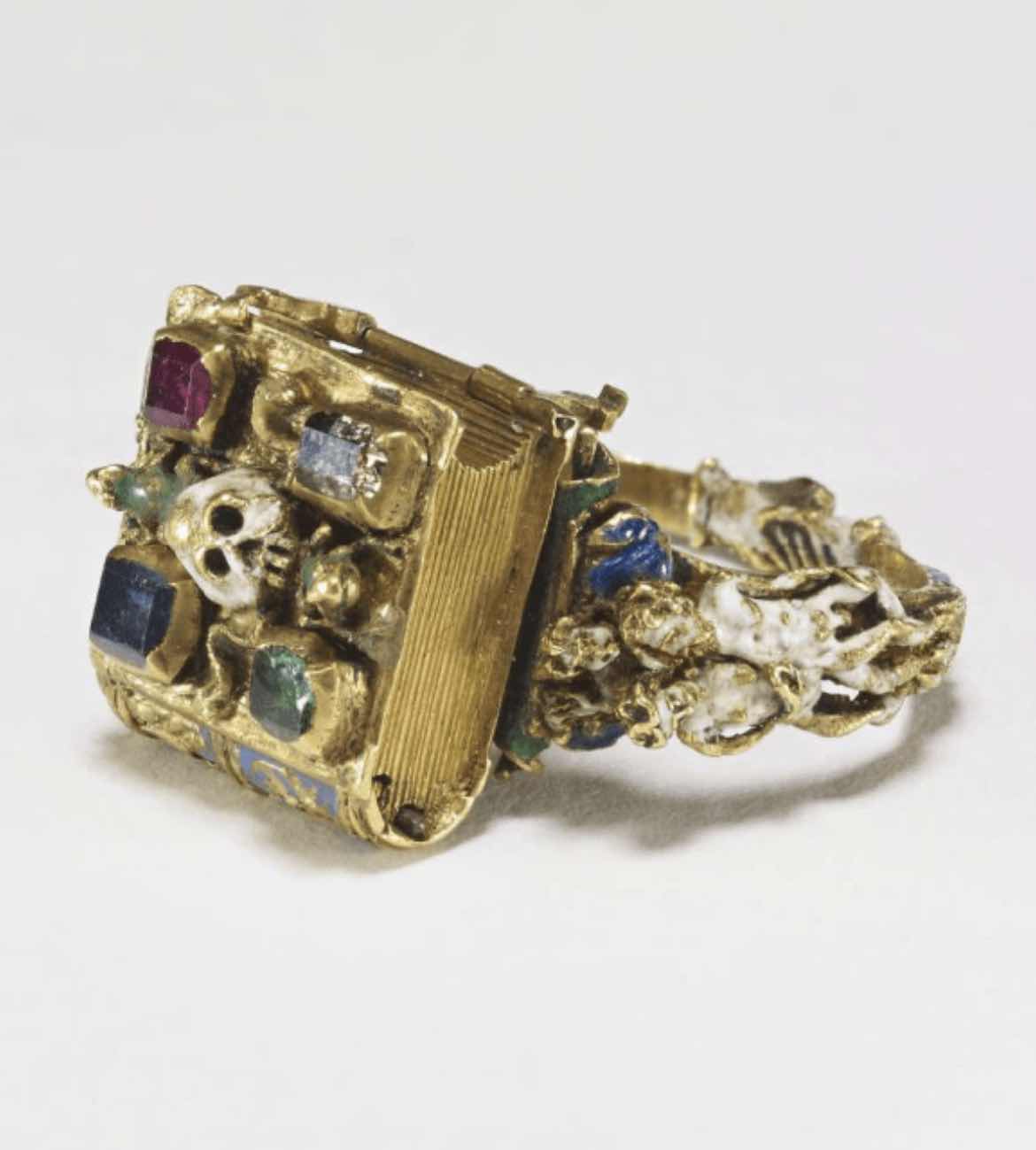 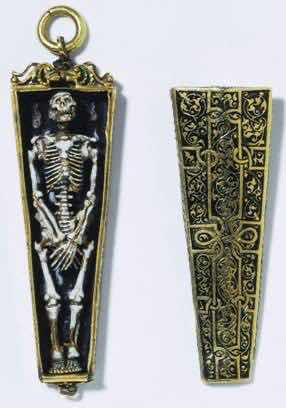 Jewelry…There is no better window into the life and legacy of a person who has died. Pieces that have been created to reflect one’s personal style, taste, stature, and relationships is very telling.

Memento mori jewelry is the name given to specific jewelry pieces created in the 16th century as a reminder of the inevitability of death. The pieces also serve as a reminder to live piously. Reminiscent of things like coffins, skeletons, and skulls ranging in mostly gold, black, and white, memento mori jewelry has made a name for itself as the ‘jewelry of death and mortality.

The Latin phrase ‘memento mori’ roughly translates to ‘remember you must die.’ Many might see this as a threat and might be hesitant to wear it. But the historical omnipresence of this kind of jewelry is undeniable. Text expressing thoughts on mortality, remembrance, and religion in Latin, French, or English were either engraved or enameled somewhere on the piece or even hidden inside or on the back. Making it only viewable by the intended recipient.

Memento mori jewelry gave way to mourning jewelry in the 17th and 18th centuries. These pieces were meant to honor the recently-deceased loved ones. However, some jewelry remains to be a fusion of the two styles. These particular pieces of mourning were ideally seen to have a more religious significance. By wearing skulls and coffins, it wasn’t a threat of death but instead a reminder to fellow Christians that alongside the inevitable death also comes the judgment day that they all must face. Therefore, the memento mori were reminders of the eternal nature of death and a reminder to live a virtuous life. By doing so, they would ideally go to heaven rather than hell.

Sometimes, jewelry can even tell a haunted story 👻

Happy Halloween from all the goblins and gals at Kari’s